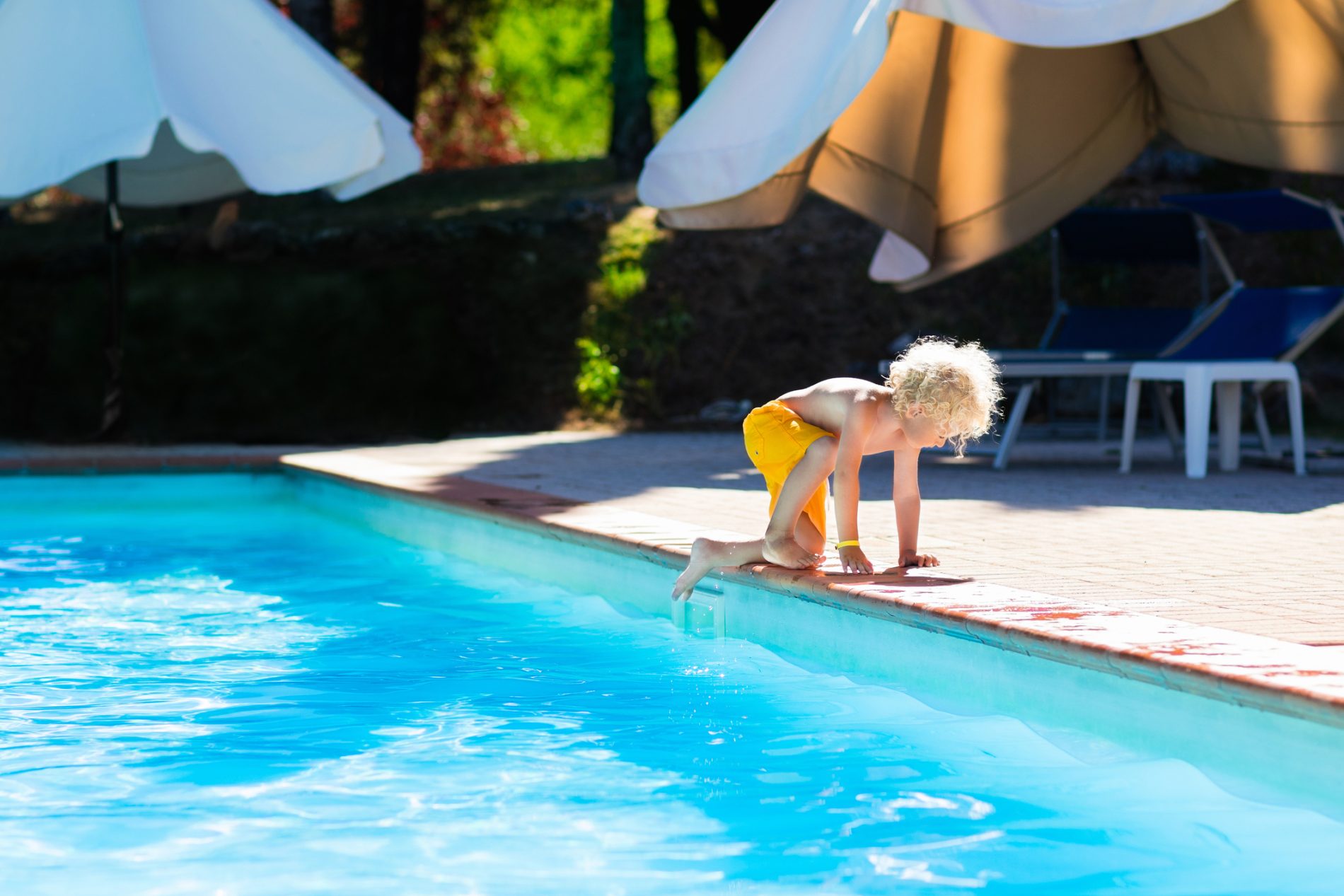 Lets take a look at the regulations and some additional measures that can be taken to safetyproof your swimming pool. No single safety measure is foolproof therefore its better to rather use as many as you can together.

According to the South Africa Bureau of standards (SABS) a fence must surround a body of water that holds more than 30 cm of water.

The fence gate must be self-closing and self-locking. The fence must be at least 1.2m high and sunk into the ground by at least 50cm. The vertical slats should be no more than 100mm apart.

The SA safety standard also requires a swimming that holds more than 30cm of water to be covered by a cover or safety net. DIY installed nets are no longer allowed. An “accredited responsible party” must professionally install a cover and a cover is not approved if a child can unfasten it.

A swimming pool alarm is an additional safety measure you can have installed. Detectors with sensors that extend into the water are mounted onto the sides of the pool. You can also get free floating alarms. Waves form on the pool surface when a child comes into contact with the water, which triggers these alarms.

You can also have a pool alarm installed on the swimming pool gate, which is activated when the gate is opened.

Make sure all pool chemicals are locked away out of sight and out of reach. Children may mistakenly drink these and contact with the skin can cause chemical burns. 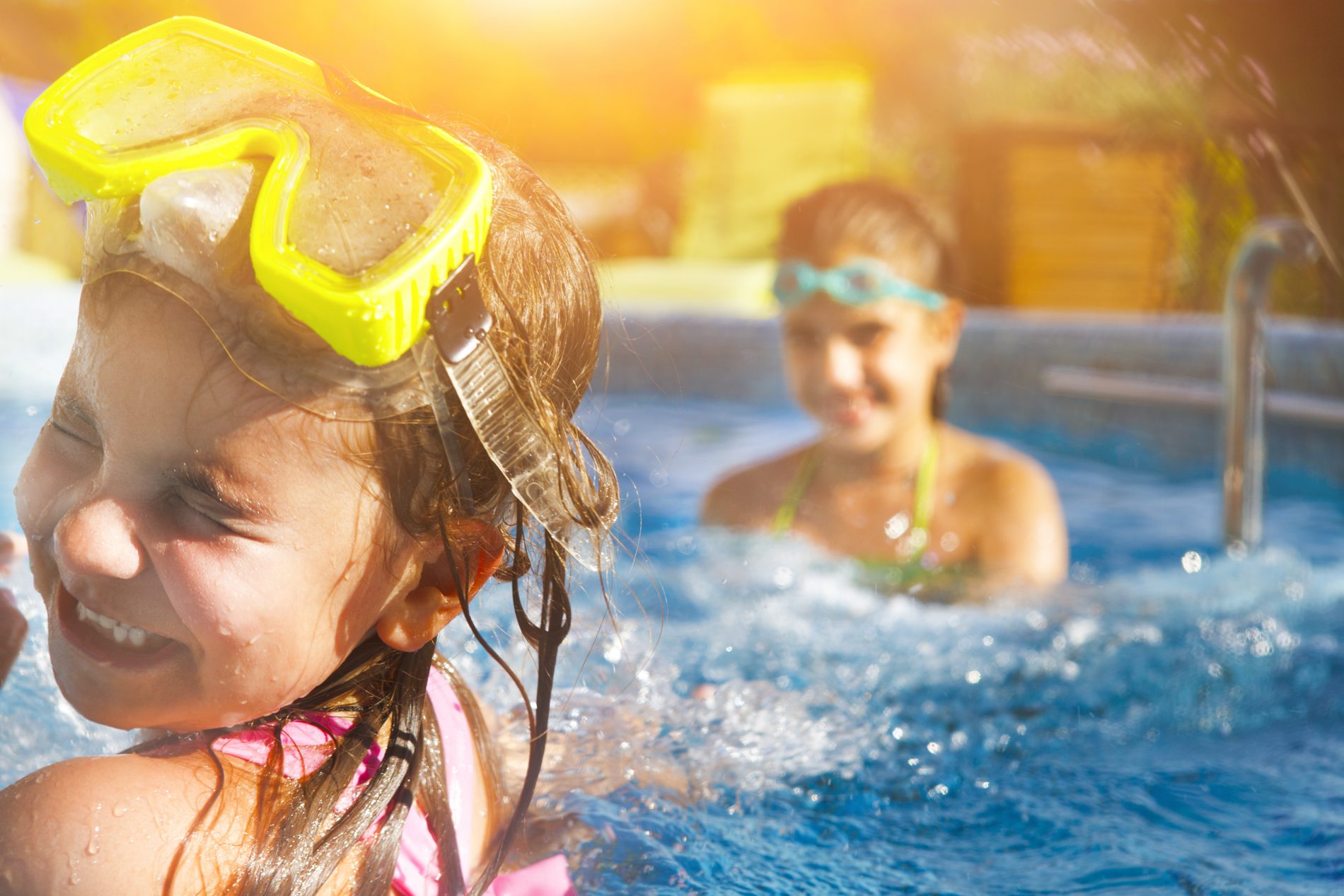 Drowning is the third leading cause of unintentional injury-related death worldwide. In SA, the number of drownings has increased significantly over the years, with drowning mortality highest in children under 15 years of age. Shockingly, South Africa has been ranked among the top 10 in an analysis of 60 countries for child drowning mortality.

Drowning: the process of undergoing respiratory impairment as a result of submersion or immersion in liquid. The outcome can either be fatal or nonfatal.

Submersion: when the airway is BELOW the surface of the liquid.

Immersion: when the airway is ABOVE the surface of the liquid.

Aspirate: when you breathe something foreign into the lungs.

Hypoxia: when not enough oxygen reaches the tissues in the body.

THE BIOLOGY OF DROWNING

The water enters the mouth. Once the water travels down and touches the larynx it triggers a reflex, which causes a laryngospasm. This is when the larynx closes up tightly, therefore no water can enter the lungs.

Since the lungs are no longer getting air, the brain starts to lose oxygen which eventually causes this reflex to stop. The larynx then relaxes and water enters the lungs. If death occurred before water entered the lungs it was called dry drowning and when water entered it was wet drowning. Dry drownings are actually very rare.

Once water is in the lung the body absorbs it into the bloodstream. It is uncommon for the amount of water to exceed the rate of absorption because people who are conscious won’t actually breathe in that much water and when they become unconscious they are no longer actively breathing.

The lungs are made up of lots of little sacs called alveoli. These sacs are lined with a substance called surfactant. Surfactant keeps these sacs open so that air can enter them.

When water mixes with surfactant it no longer does its job and the alveoli collapse. With all these sacs collapsing the blood cells cannot absorb any oxygen. They then start to look elsewhere for oxygen and begin to flood areas of the lung where the alveoli are still open (this is known as shunting). Because of these high pressures, fluid starts to leak out of the blood and into the lungs. This then causes pulmonary oedema and is what used to be referred to as secondary drowning.

Eventually, because of the decreasing oxygen in the blood, you lose consciousness. Your brain will then continue to be without oxygen and the duration of this is the most important determinant of outcome.

This is what many parents are afraid of will happen to their children. Delayed drowning happens when your child aspirates some water whilst swimming and develops symptoms much later after the incident. Usually you are not even aware of this and your child may not even tell you they had any problems in the water.

Physiologically speaking delayed drowning is the same as secondary drowning. The water that was breathed in causes enough alveoli to collapse to result in shunting and pulmonary oedema.

It’s important to know that there has never been a medically documented case where someone who had a drowning incident, experienced no symptoms at first but later deteriorated and died. Usually someone who has aspirated water will have some symptoms right after which will either get better or worse within a few hours. If your child has had any problems in the water you should watch them for the next 1-2 days. If any respiratory symptoms develop you should take them straight to the emergency room.

Signs and symptoms to watch out for:

Remember… NEVER leave your children unsupervised around water. A child can drown in as little as 2.5 cm of water.