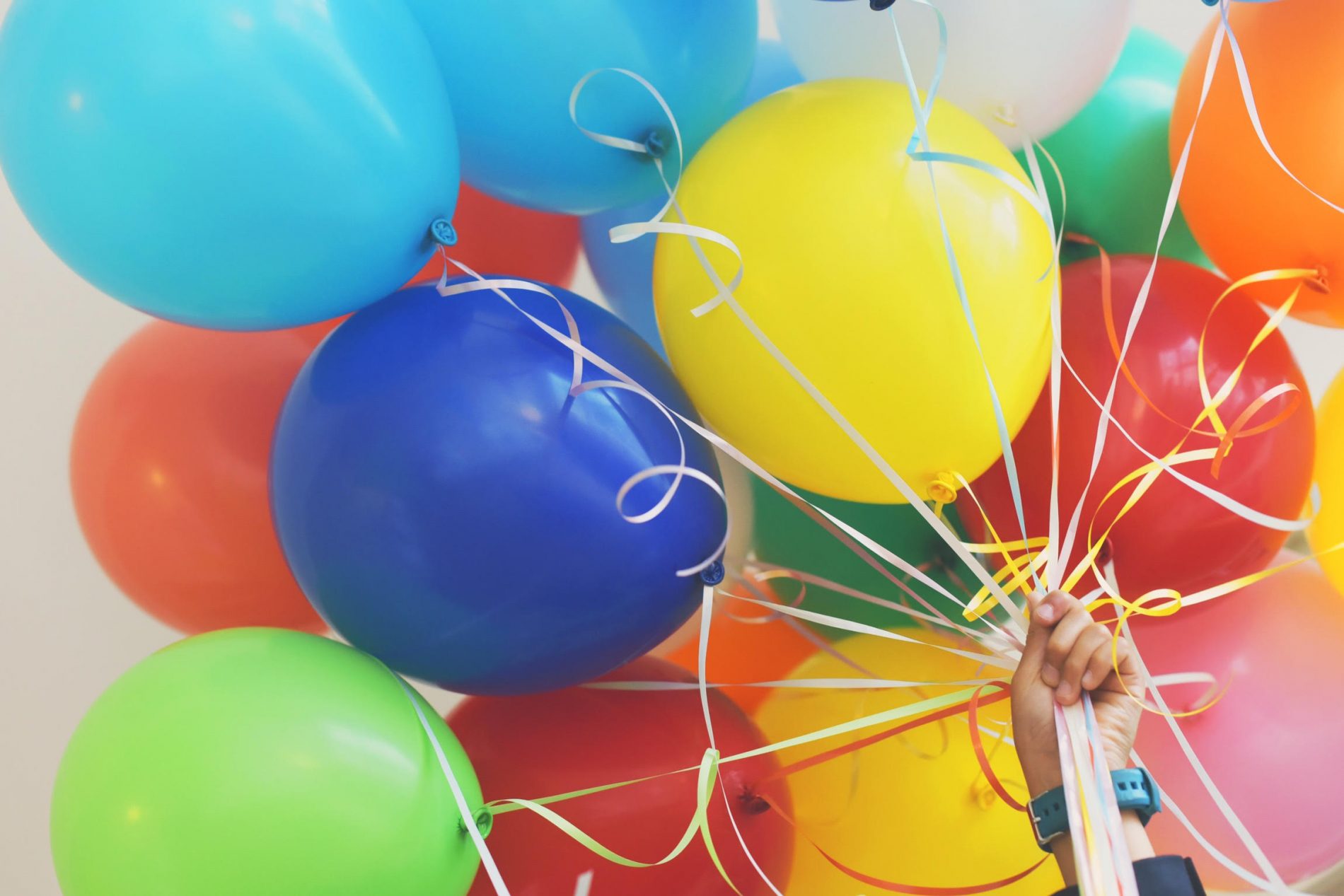 We recently celebrated my daughter’s two-year birthday and, of course, decorated the house with balloons. No children’s birthday party is complete without balloons and although they are very popular with kids, they can also be extremely dangerous. Which is why I wanted to do a post on the potential dangers of balloons:

Children can choke on balloons if they breathe them in whilst trying to blow them up. This happens when a child takes in a deep breath before inflating the balloon and accidently sucks the balloon back into his or her mouth. A child can also choke if they swallow deflated balloons or pieces of popped balloons they may chew on. If a balloon pops in a child’s face the child can also inhale the balloon pieces as they fly through the air.

Latex is a dangerous material to choke on as it can fit tightly in the throat and cause a complete airway obstruction very quickly. Whilst foil balloons are usually blown up with helium they can also become a choking hazard if deflated balloons or broken pieces are swallowed. There was a widely reported incident in 2016, where a three-year-old suffocated after putting the foil balloon over her head.

Balloons can pop without warning. They can pop if children play with them roughly or if little children chew on them. Poor quality balloons can also pop more easily even if they aren’t being rough-handled. Children can also trip over balloon strings and fall onto the balloons popping them. If balloons pop near a child’s face they can cause serious damage to the eyes as well as cuts to the face.

This may be an overlooked hazard. The colourful strings and ribbons that are tied to balloons can become a strangulation hazard as children become tangled.

In the United States the Child Safety Protection Act requires a warning to be placed on any latex balloon or toy containing a latex balloon. This warning states that children under eight years of age are at risk of choking or suffocating on uninflated or broken balloons. Similarly, in the EU, children under the age of eight are actually legally banned from blowing up balloons without adult supervision.

However, children as old as 10 years have been found, on autopsy, to have suffocated from a balloon, which makes it difficult to define what age is actually safe for kids to handle balloons.

I think its important to stress to your kids that party balloons are not toys. They are purely for decoration and should always be properly secured and disposed of after use.

How To Organise Your Drug Cupboard

There is no right or wrong way to organise your drug cupboard, in fact there…

How To Discard Of Expired Or Unused Medications

Are Essential Oils Safe For Children?